How to Remove Odor from Water

A variety of odor issues can be found in drinking water from different sources. Difficult components are prone to result from industrial facilities and growth in biological organisms. Water supplies are capable of producing odors in water treatment plants through the reaction with treatment chemicals, in the supply lines and plumbing of consumers. Odors can develop from mineral substances which have been contaminated in the water, such as saline tasting water, or rotten egg odor resulting from hydrogen sulfide. Blue-green algae is one of the prevailing causes of odor in drinking water sources. Algae with average concentrations in the water can induce musty, spicy or grassy smell. However, in larger amounts of concentration can produce more rotten, fishy or even medicinal odor. The cause for odor in surface water sources is generally due to the decayment of vegetation. In treated water sources, the exposure of chlorine with organic substances can produce odor issues.
[custom-specifications]

Odor in water usually implies the existence of hydrogen sulfide in the water supplies which can lead to damages in pipes since it dissolves various types of metals and can produce black stains on material. However, in most instances drinking water that contains strong rotten egg odor, while unsavory, does not result in unsafe consumption. Despite this, the smell in water can be caused in few occasions be produced from sewage or other contaminants, which can lead to health problems when exposed to humans.
[/custom-specifications]

Removing odor from water can be done through treatment in the form of activated carbon or oxidation-reduction. Aeration is also another treatment method which can be used as long as the contaminants are gas sources, such as hydrogen sulfide. Chlorine is the most widely used oxidant to remove odor from water, but at best deemed mildly effective. Oxygen and potassium permanganate are also only mildly effective water treatment solutions. Oxidizers such as ozone and chlorine dioxide are by far the most efficient in eliminating odor from water. The extent of activated carbon’s success in treating smell from water relies upon the existence of organic. If the smell is due to H2S, a green sand filter or degasifier is a good alternative for this type of odor reduction. Greensand filters utilize a special coating of manganese oxide which corrodes hydrogen sulfide gas to hard sulfur minerals, which are then filtered out. Degasifiers function through clearing hydrogen sulfide from water and decreasing the overall smell of the water.
[/custom-features]

[custom-usage]
Wonderful, clean drinking water is taste-free or odour-free and does not pose any health risks. If your water smells or tastes unpleasantly rotted eggs, this article will greatly help.
[/custom-usage] 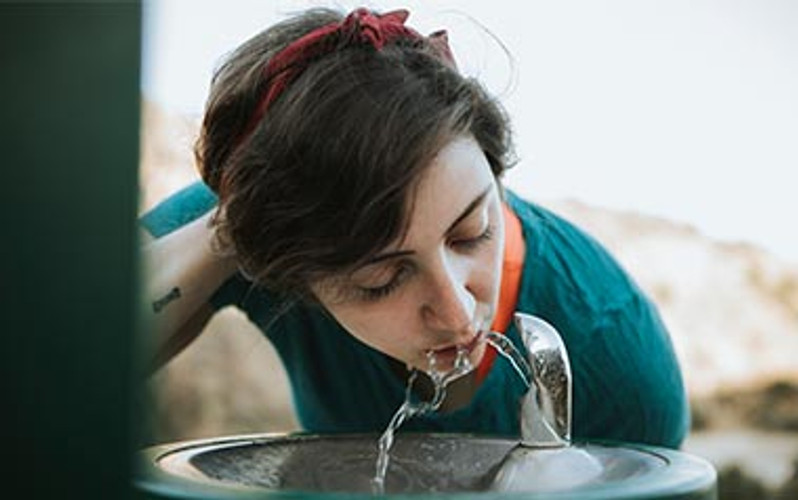 How to Remove Odor from Water
Related Products